What are NLP VAK Modalities?

Do you feel like there is someone in your life that you just can’t see eye to eye with? Like no matter what you do, you just can’t communicate, or get through to this person? Or, maybe you have a particular person in your life who just understands you, and visa-verse. You just get each other. This is most likely because of your NLP VAK modalities.

If you’re lucky, this person is your significant other. Either way, it probably has a lot to do with how you and the other process information. NLP VAK modalities can shine some understanding of how connecting works.

There are three different ways of processing information: Auditory, Visual, and Kinesthetic. In developed countries, studies show that sixty percent of people process information in a visual way, twenty percent in an auditory way, and twenty percent kinesthetically. There are different characteristics that someone might have in each category, as well. Someone who is auditory is more rhythmic and does things in patterns. They’re usually good at repeating things back to you and say things like, “We worked together in harmony,” which is an auditory phrase.

A person who thinks visually processes information quickly, uses descriptive language frequently, and performs a lot of hand gestures. They’ll usually use phrases like, “It appears we have a sketchy situation.” Someone who learns visually is usually good at reading maps, and can easily understand something by just reading it. Often, they believe that “seeing is believing”.

Personally, I am a visual learner, and find myself having to write things down so that I can see them, in order to understand them. I have also found that I have an easier time spelling when I’m writing something down, rather than spelling from memory. Seeing the word, and how it looks is what triggers the memory of how the word is spelled, and I believe that is because I am a visual learner.

Kinesthetic people are much slower to process information, they take their time speaking and respond better to touch and physical rewards. Someone who is kinesthetic might say something like, “I have a problem weighing on me heavily,” indicating that they physically feel their problem.

Kinesthetic learners prefer to be “moving and doing” and are frequently called “do-ers” because they respond best to being active when learning. If you have ever had a classmate that could not sit still during class, and always had to be up doing something, that person was probably a kinesthetic learner.

Upon learning this information, I took it upon myself to figure out which NLP VAK modalities people in my life prefer. I began by simply paying attention to the predicates that my fiancé uses when describing certain events, or memories. I noticed he often says things like, “It boils down to this” or “He pulled some strings”, indicating that he was referencing a kinesthetic modality.

I continued on with my investigation of NLP VAK modalities, noticing that he takes his time to process information and responds better to touch and action than to words. To further my belief that he is a generally kinesthetic person, I took into account that he is a mechanic who prefers to learn by doing and usually teaches himself.

Each of us gives indicators to which form of processing we prefer. We do this with the words we choose to use. We can’t help it, because if that is the way that we are processing the information, then that is how we are also going to communicate.

A huge part of NLP VAK modalities is knowing how you and others experience the world around you.  It is normal to come across people that you don’t naturally connect with. Knowing how a person communicates or processes information can make things a bit easier, especially if this person is someone with whom you must communicate with on a regular basis, such as your boss or coworker.

You can learn more about NLP VAK modalities in these articles: 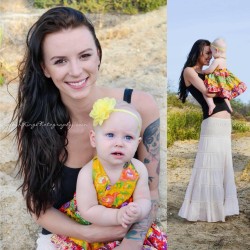 Courtney Blair
Courtney Blair is a mom, wife and Business Management student at Colorado State University. She is enrolled in our NLP Practitioner and Master Training program. She finds NLP is an essential tool for working with others.